The Diaspora meaning Can be understood if see our History from ancient period, The Term is not new for modern world, Diaspora Means of those people who migrate from their home land and reside outside or abroad.From Ancient  History People used to migrate from one country to another country to learn,  to earn, to translate, or exiled from their home land too. Indian diaspora is Popular now a days

” In particular, diaspora has come to refer to involuntary mass dispersions of a population from its indigenous territories, most notably the expulsion of Jews from Israel (known as the Jewish diaspora) and the fleeing of Greeks after the fall of Constantinople” Source Wikipedia

In History Many Major Diaspora took place except Jews Diaspora, African Diaspora or Caribbean diaspora Was one of them.

What is the Diaspora Meaning

Diaspora is Originated  from Greek word dispersion, Which was mean “to Scatter about” The Term was used When Jew was Thrown Out from Palestinian now its Israel By Babylonians” This is also Known as Jews Diaspora

In Modern Terms Diaspora Means has changed, now the Diaspora meaning considered  to Those People who move, migrate, or scatter away from an established or ancestral homeland, People Leave Their Homeland and Stay away for for purposes of employment, carrying on business or vocation, Study Abroad For an indefinite period.

What is the difference between Non Resident Indian & Indian Diaspora

Non resident Indian or NRI are those Indians who born India,and settled in another country or emigrated to another country due to some purpose that can be employment,business/vocation study, But still is the resident of India only. Even if any individual who stays in India less than 182 days also considered as an NRI.

Where as Indian Diaspora mean with those NRI who has settled outside of India ,and is no more citizen of India,I.e. Someone migrated to USA and as Become INDIA AMERICAN, The next Generation of the Individual will be Indian Diaspora, Because he is a Person of Indian Origin (PIO).

Indian is the most migrated community among the world Followed by Mexico and Russia.If we talk about figure Around 16+ millions of Indian are living out side of India or in abroad. The Figure Is Constantly Increasing from Indian Settler of World. Latest UN Study said that Highest Migration of Indians is IN United Arab Emirate, The Data has Increased From 0.5 Mn in 1990 to 3.3 Mn 2017, The Second most Indian Diaspora Lives in USA Around 2.3 Million Data was Noted in 2017.

Here is the list Below Of Indian Diaspora In Different Countries 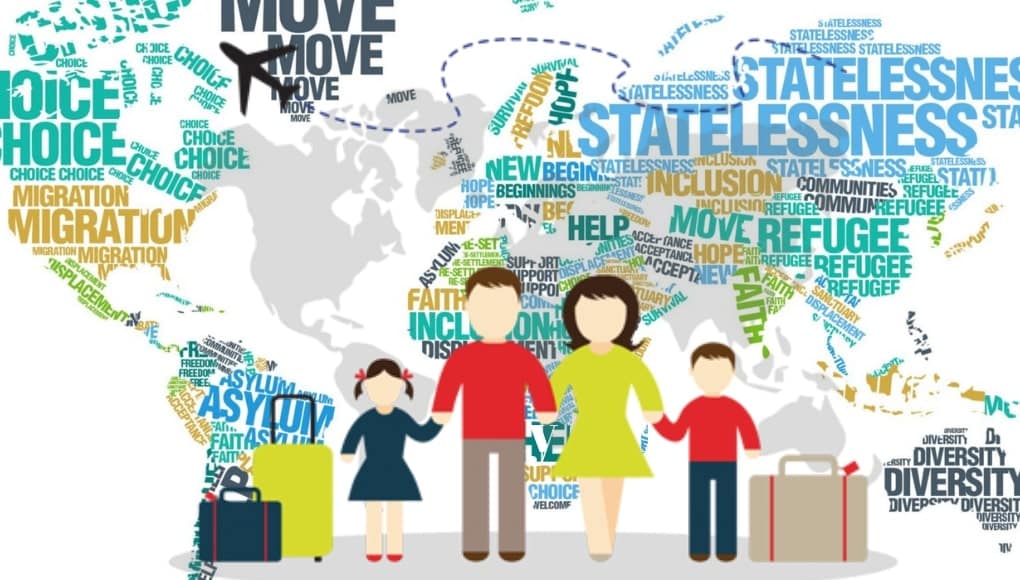